Alfred de Zayas, “United Nations Independent Expert on the Promotion of a Democratic and Equitable International Order”, published an article on his own private blog yesterday containing, inter alia, the following statements about self-determination:

While some lawyers, even professors of international law, pretend that self-determination is limited to the decolonization process, they ignore the progressive development of international law since the dissolution of the Soviet Union, the self-determination wars in the former Yugoslavia, the Advisory Opinion of the International Court of Justice concerning the unilateral declaration of independence by Kosovo, and the peaceful divorce of the Czech Republic from the Slovak Republic — all legal precedents that cannot be ignored, as if nothing had happened and we were back in the 1960’s and 70’s.

Admittedly, self-determination is not automatic or self-executing. The right is certain, the modalities of implementation are not always available. Many peoples who have the right of self-determination do not always have the opportunity to exercise it. All peoples including the Kurds, the Tamils, the Saharaouis, the Catalans have the right to internal or external self-determination. Whether they will be able to exercise this right, however, is another matter. Their right can be frustrated by States that violate international law and international human rights law with impunity — and there are many in this category.

Yet, it bears repeating that the right of self-determination is a human right, recognized by States as universal. It is not a right of States to selectively grant it or not — Article 1 of the Covenant on Civil and Political Rights cannot be applied à la carte. Right holders are the peoples – not States! 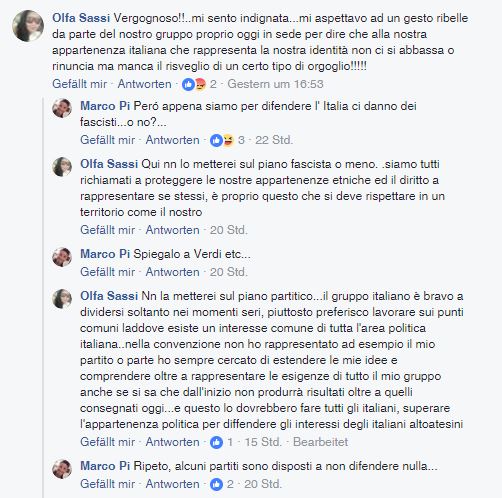 We, the undersigned, have a range of opinions on whether Catalonia should be independent or remain part of Spain. However, we all agree that the issue should be decided by the people of Catalonia in a democratic and peaceful way.

Consequently we are extremely disturbed by the measures taken by the Spanish Government to prevent the referendum, agreed to by the Catalan Parliament, taking place on 1 October.

These measures include: taking to court 700 Catalan mayors for allowing preparations for the vote to go ahead, seizing campaign material and ballot papers, threatening to cut off power to polling stations, arresting and charging a newspaper editor accused of aiding the preparations for the referendum and banning a public meeting called in Madrid to discuss the issue. The Spanish government are taking further steps daily and have now sent in the Civil Guards to occupy government buildings, with ministers and officials arrested, and the Spanish Government has taken control of the Catalan Government’s finances.

Both King Felipe VI and the Prime Minister of Spain, Mariano Rajoy, have publicly called on Catalans not to vote. We believe, however, that the democratic way to proceed would for opponents of Catalan independence to campaign for their position in the referendum. That was the stance of the UK government in respect of the Scottish independence referendum in September 2014.

This referendum was democratically agreed to by the Catalan Parliament. To attempt to impede or stop it through sanctions, criminal charges and direct action by the Spanish state is an affront to democracy and threatens to embitter relations between Catalonia and the rest of Spain.

We call on the Spanish Government to allow this democratic test of Catalan opinion to go ahead on 1 October without further hindrance.

Hywel Williams MP, Chair of the All Party Parliamentary Group on Catalonia